I recommend a long position in BNCCORP, Inc. (BNCC) at the current price of $25.80. I believe it likely that BNCC will be sold to a larger bank over the next 12 to 24 months, at a price 25% to 100% higher than the current price. An activist investor with prior experience in this sector is pushing for board representation and a sale of the company. BNCC is too small and inefficient to be viable as an independent bank in the long term, and an event will probably occur within the next couple of years. (Note: BNCC is a small-cap stock, with a market-cap of $89 million, and is best suited for small funds and PAs.)

BNCC is a Bismarck, North Dakota-based community bank with 16 branches (operating as BNC National Bank) in North Dakota, Arizona, and Minnesota. It also conducts mortgage banking operations in those three states, and in Arkansas, Illinois, Kansas, and Missouri. The bank was founded in 1987. Gregory Cleveland, co-founder, was President/CEO of the bank from 1995 until his death in 2013. He was succeeded by the current CEO, Timothy Franz, who was previously CFO. The second co-founder, Tracy Scott, is chairman of the board.

BNCC’s lending focus is to small and mid-sized businesses, as opposed to retail lending or to large companies. At the end of 2016, only about 14% of its $414 million of loans held for investment were consumer loans; the balance was business loans. The bank also provides mortgage banking and wealth management services. On the deposit side, the bank has a very low-cost base of core deposits. Approximately 75% of deposits and 66% of loans are in North Dakota, and North Dakota’s economy is dependent on the energy and agricultural markets. Arizona is its next largest market, and Minnesota is the smallest of its key markets.

The bank had its share of troubles in the financial crisis, but has bounced back strongly since then. The bank took $21 million from the Treasury in 2009 by issuing preferred stock; it was paying 9% on this preferred stock. The preferred was redeemed in 2015 using a combination of cash on hand and $10 million of borrowings (at 6.35%).

About 66% of the bank’s outstanding loans are in North Dakota, and thus vulnerable to the state of the regional economy. The region has prospered in recent years as a result of the oil and gas drilling boom in the Baaken oil fields. With about 75% of the bank’s deposits and two-thirds of its loans originating in ND, a prolonged period of depressed energy prices would hurt the bank. Only 2.4% of total loans held for investment are for E&P in ND, but the ripple effects of an energy downturn would have a greater impact on the bank’s financial performance. 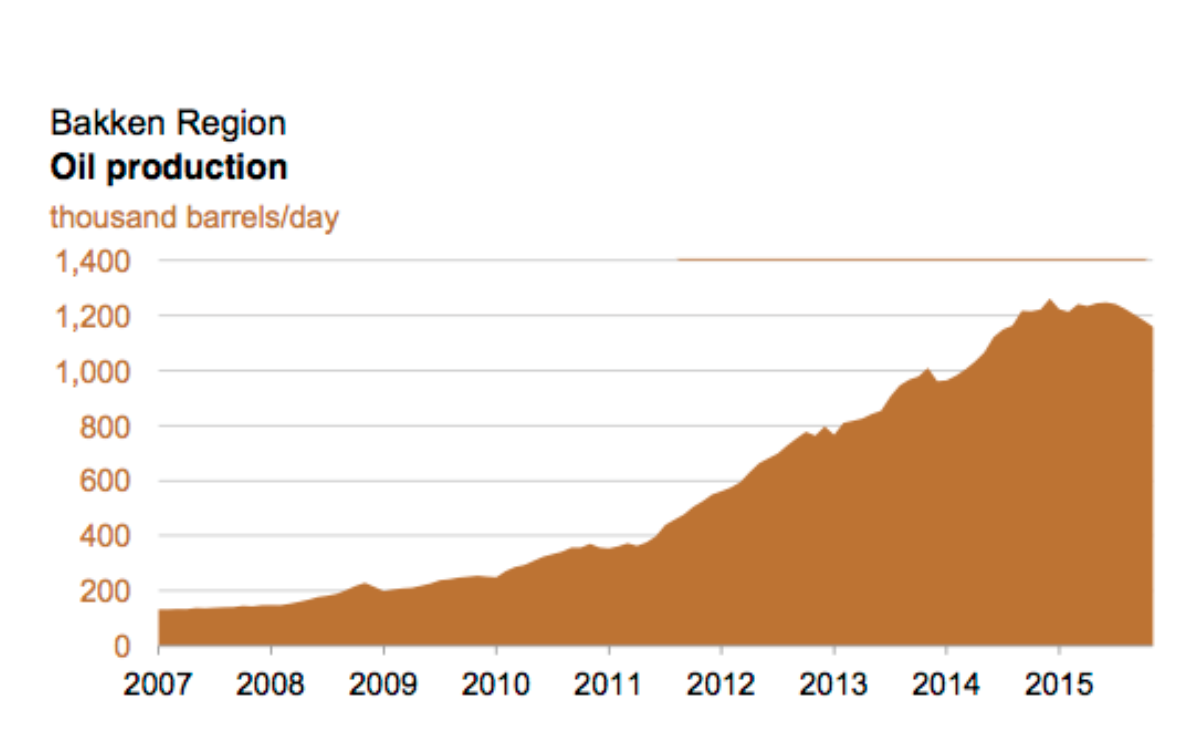 Note: I couldn’t find a chart that also included 2016 statistics. But looking at tables with monthly production data, 2016 production decreased by approximately 10-15% from 2015 levels. 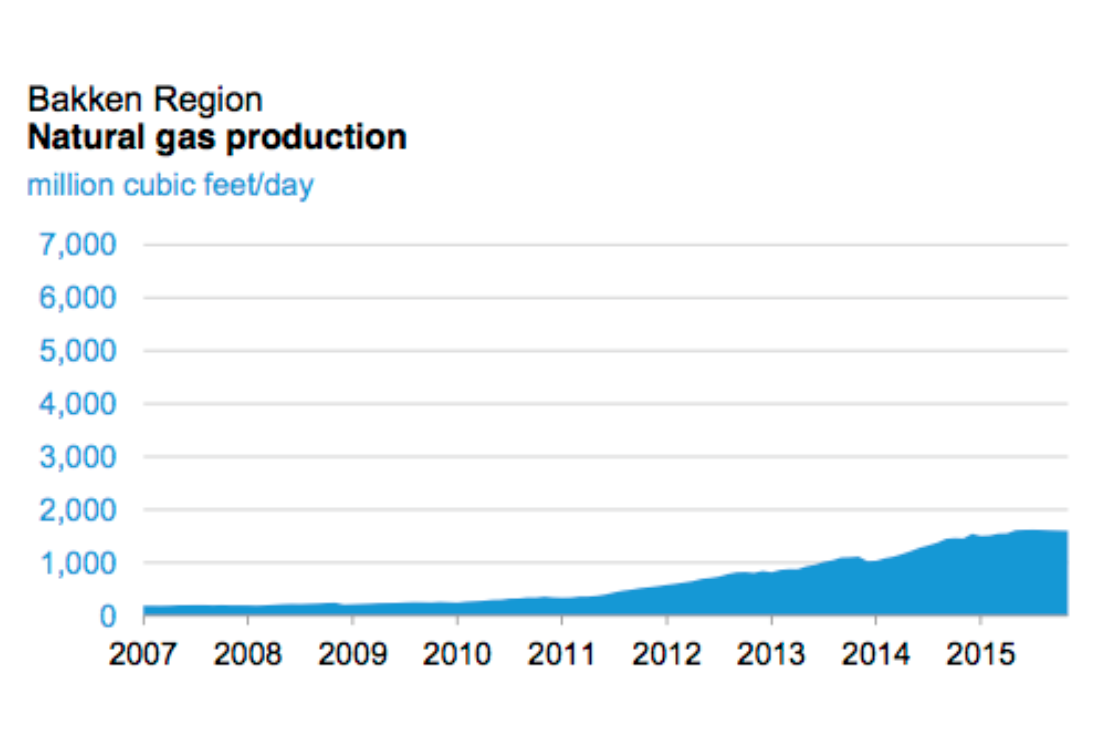 Without a catalyst, there would be little to get excited about with this bank. Relative to other small publicly traded banks, it seems fairly priced at 1.2x TBV and about 12x earnings. However, with the presence of a credible activist shareholder as catalyst, the stock is potentially cheap. Rangeley Capital, a Connecticut-based hedge fund and a long-time shareholder, owns just under 6% of BNCC, and is pushing for a sale of the company. After failing to get the board to act last year, Rangeley made a public statement at the end of October asking the board to explore “all strategic alternatives” and to add an independent director with a significant stake in the company to assist in the process.

Rangeley was previously involved in behind-the-scenes activism with OBA Financial (OBAF) and Ocean Shore Financial (OSHC), both of which were subsequently sold. They have stated that they will “continue to review all options for maximizing the bank’s value, including running an alternative slate of directors at the next annual meeting.” Given Rangeley’s prior experiences, I believe that they are likely to ultimately succeed in having the bank sold.

Why would another bank be attracted to BNCC, and what might it be willing to pay?

Aside from a desire to become bigger and expand its footprint, I can think of at least three reasons why another bank would be interested in acquiring BNCC:

(1)  Low-cost deposit base: Typical of a community bank, BNCC has a very low cost for its deposits. Of its total deposits of $753 million, about 20% are non-interest bearing, with the remainder costing less than 0.4% last year. This deposit base would clearly be attractive to a larger acquirer. That said, the benefits of these low-cost deposits should already be reflected in the bank’s current earnings, and in the stock price.

(2)  Potential cost savings: Like most smaller banks, BNCC has a very high expense structure, as reflected in its efficiency ratio. In 2016 the ratio was almost 80%; the previous year was almost 75%.

There should be potential for significant cost savings for a larger bank that acquired BNCC. The amount of the savings will of course depend on multiple factors, including the overlap of the acquirer’s footprint with that of BNCC. I’m not a banking specialist, but the reports I’ve seen suggest that non-interest expenses can be reduced by between 10% and 20% (which in this case would mean an efficiency ratio of between 64% and 72% for BNCC as part of a larger bank, using 2016’s ratio of almost 80%), and perhaps even more than 20%. This would imply potential cost savings of between $4.1 million and $8.2 million.

(3)  Underutilized assets: At the end of 2016, the bank was classified as “well-capitalized,” with a total risk-based capital ratio of 18.41% (vs. a requirement of 10% to be considered well-capitalized), and Tier 1 RBC of 17.16% (vs. 8% to be well-capitalized). BNCC’s asset structure is unusual in that a very large portion is in investment securities, earning low returns. At the end of 2016, the bank had $910 million in total assets. Of this, $415 million was in loans held for investment, and $400 million in investment securities available for sale. In 3Q2016, the loans earned an average rate of 4.72%, while the investments yielded about 2.1%. (4Q and full year 2016 data is not yet available, but the numbers will be similar.) So there is the potential to deploy the assets to earn higher returns. My guess is that a more aggressive bank could potentially earn an incremental 100-150 bps on the $400 million investment portfolio, generating an additional $4 to $6 million of interest income.

Below is an estimate of what BNCC earnings could look like if an acquirer is able to generate the magnitude of cost savings and additional interest income that I’ve discussed above:

Assuming that my assumptions for cost savings and incremental revenue are reasonable, it’s not hard to imagine an acquirer paying a multiple of at least 10x on the pro-forma EPS, or at least $33 to $44 per share.

Each of these three approaches gives us a low-end valuation of about $32, about 25% higher than the current price. At the high end, the range is 66% to 110% above today’s price.

--This investment thesis is predicated on the assumption that the bank will be sold, or that some other value-creating event will occur. If no deal happens, the stock is not likely to produce great returns. That said, the bank is strong enough that the investment is unlikely to result in permanent capital loss.

-- There is the risk of management making a bad deal, such as acquiring or merging with another small bank. The most value can be created if it is sold to a larger bank.

--A regional economic downturn could adversely affect the bank’s profitability. Given the direct dependence of the bank on North Dakota and indirectly on the energy industry, a period of prolonged depressed oil prices could hurt the bank.

Sale of the bank.

Are you sure you want to close this position BNCCORP INC?

Are you sure you want to Flag this idea BNCCORP INC for removal?